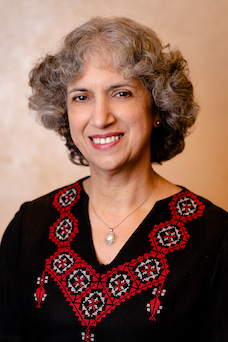 Lina Nashef has been a trustee of FQMS for many years. She was also the chair of the charity between late 2010 and the summer of 2016. She has facilitated postgraduate training for Palestinian doctors in the UK within the Medical Training Initiative Scheme sponsored by The Academy of Medical Royal Colleges. She is a consultant neurologist and reader working in London. She graduated from the University of Bristol in 1980. She has co-authored the Oxford Specialist Handbook on epilepsy and co-edited a textbook on Neurology and Pregnancy. Her research field included mortality and sudden death in epilepsy. She was previously a trustee of Epilepsy Research UK, a member of the UK Secretary of State for Transport's Honorary Medical Advisory Panel on driving and disorders of the nervous system and was a council member of the Association of British Neurologists.